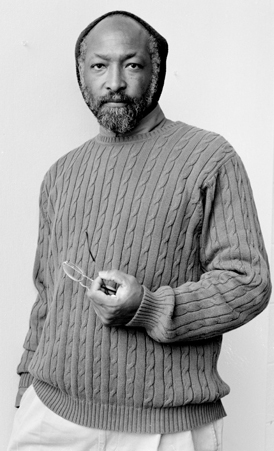 As the former director of Photography at Manchester Craftsmen’s Guild, in Pittsburgh, PA, Graham developed educational programs visited and officially sited by The White House as a National Model for Education.

As a cultural activist he is the author the African/American Garden Project, that conducted a physical exchange of disadvantaged urban single mothers, with farmers from a small farming village in Kenya.

Most recently, Professor Graham was cited as Artist of the Year and received the Governors award from the Commonwealth of Pennsylvania. The Professor was awarded a Pew Fellowship, one of the largest grants for individual artists. He has received a National Endowment for the Arts/Pew Charitable Trust Travel Grant and is a four time Pennsylvania Council for the Arts Fellowship winner and was also awarded a Creative Achievement award by the Pittsburgh Cultural Trust, in Pittsburgh, PA.

His work has been exhibited nationally.